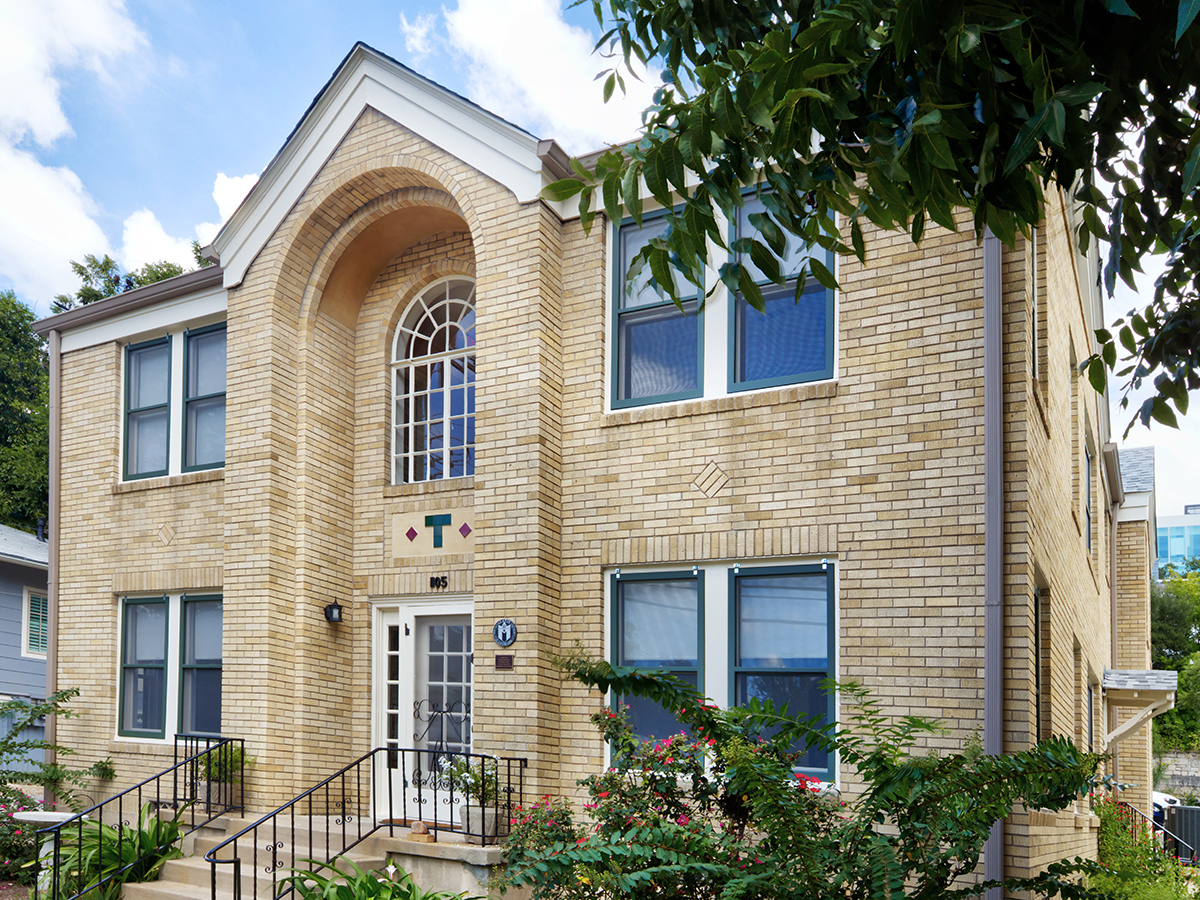 The Tucker-Winfield Apartment House is a four-unit brick veneer building constructed in 1939 by contractor H. M. Hargrave for owners Jim and Lorena Tucker. The site was an excellent location for downtown office workers and government employees, only a few blocks from the new county courthouse and the state capitol complex. Downtown was once filled with these apartment houses, which provided touches of home for young women entering the work force. In 1945, Sophie Sidder Winfield bought the building as an income generator for her family after her husband died unexpectedly. In 1960, Mrs. Winfield transferred title to her son, Sam Winfield, who in turn left it to his niece – Sophie’s granddaughter – Elayne Winfield Lansford. The apartment house has been occupied since 1940 and has been in the same family for 73 years.

O’Connell Architecture worked with the owners to create a project that would qualify for state and federal tax incentives. Work included restoration of the original doors and windows, minor masonry repair, and restoration of original light fixtures, brass mailboxes, and awnings.  A new exterior stair at the rear of the property provides secondary egress from the upstairs units. Inside, wood floors are refinished, and original features such as geometric bath tile, bath sinks and faucets, telephone nooks and ironing board cabinets are preserved.  A new archway connects the dining room to the kitchen, and new kitchen cabinetry was designed to replicate the original character.  The interior is finished with a distinctive color palette often used in the late 1930s and early 1940s. 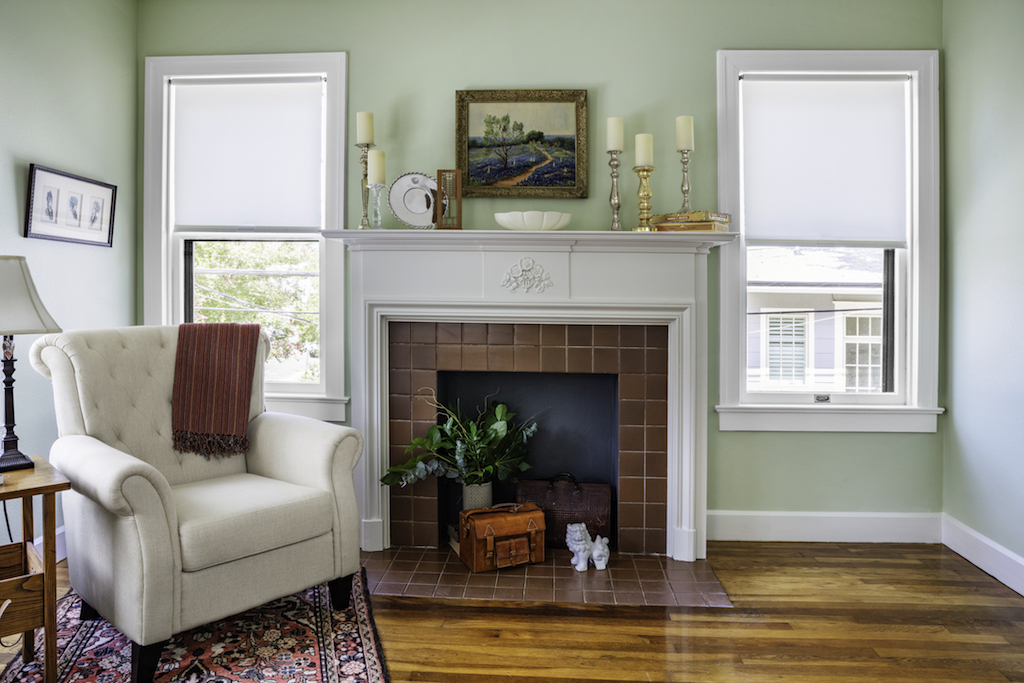 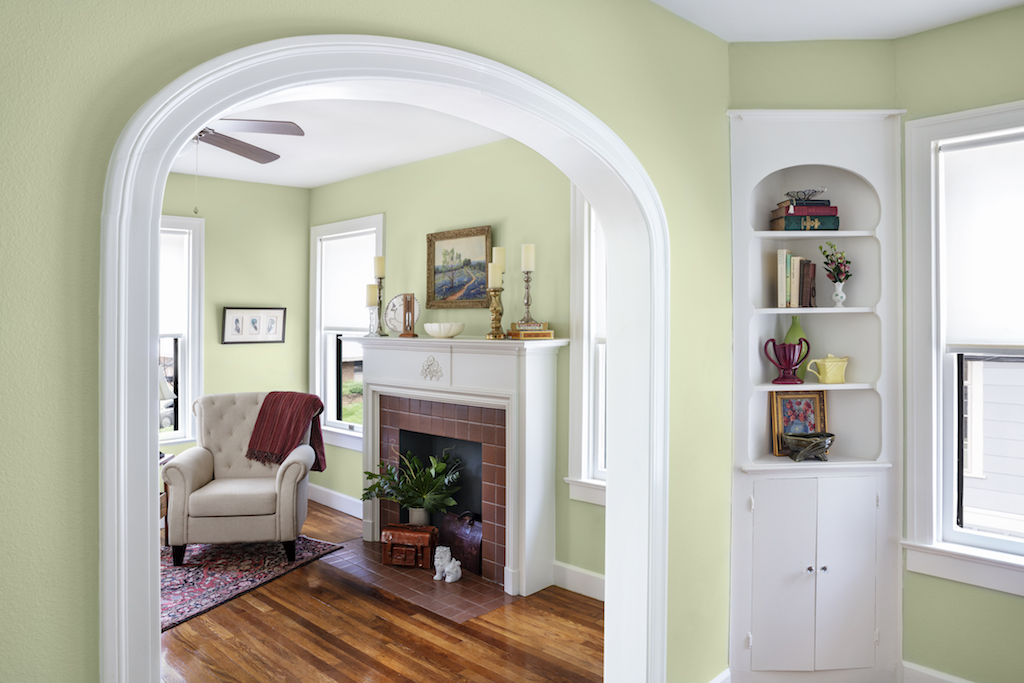 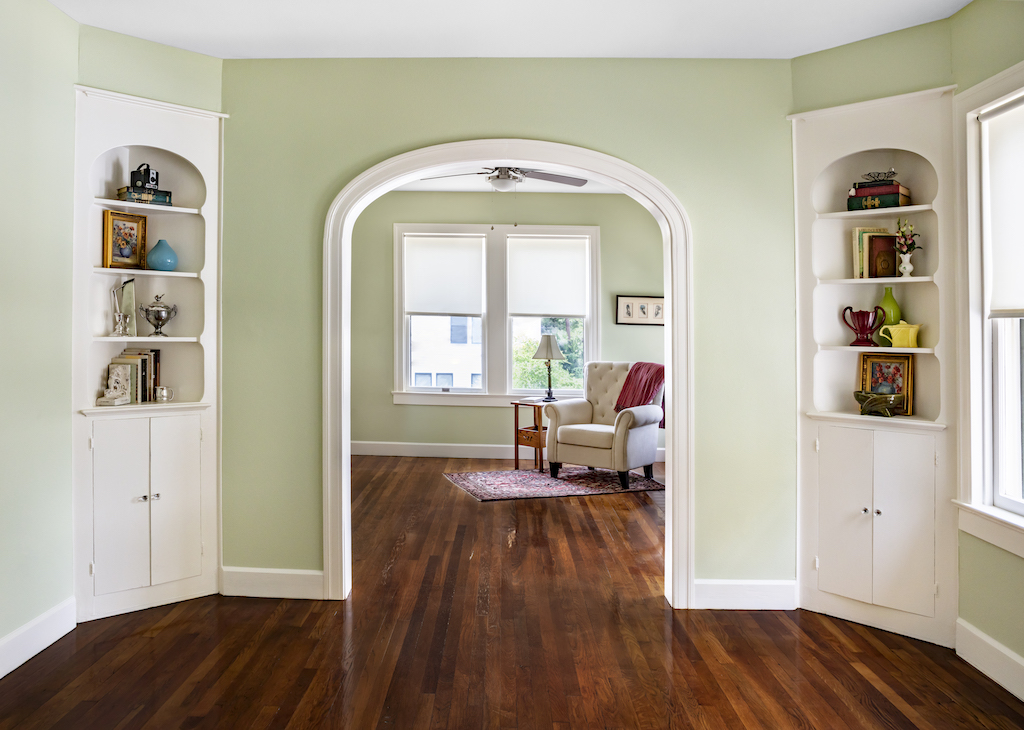