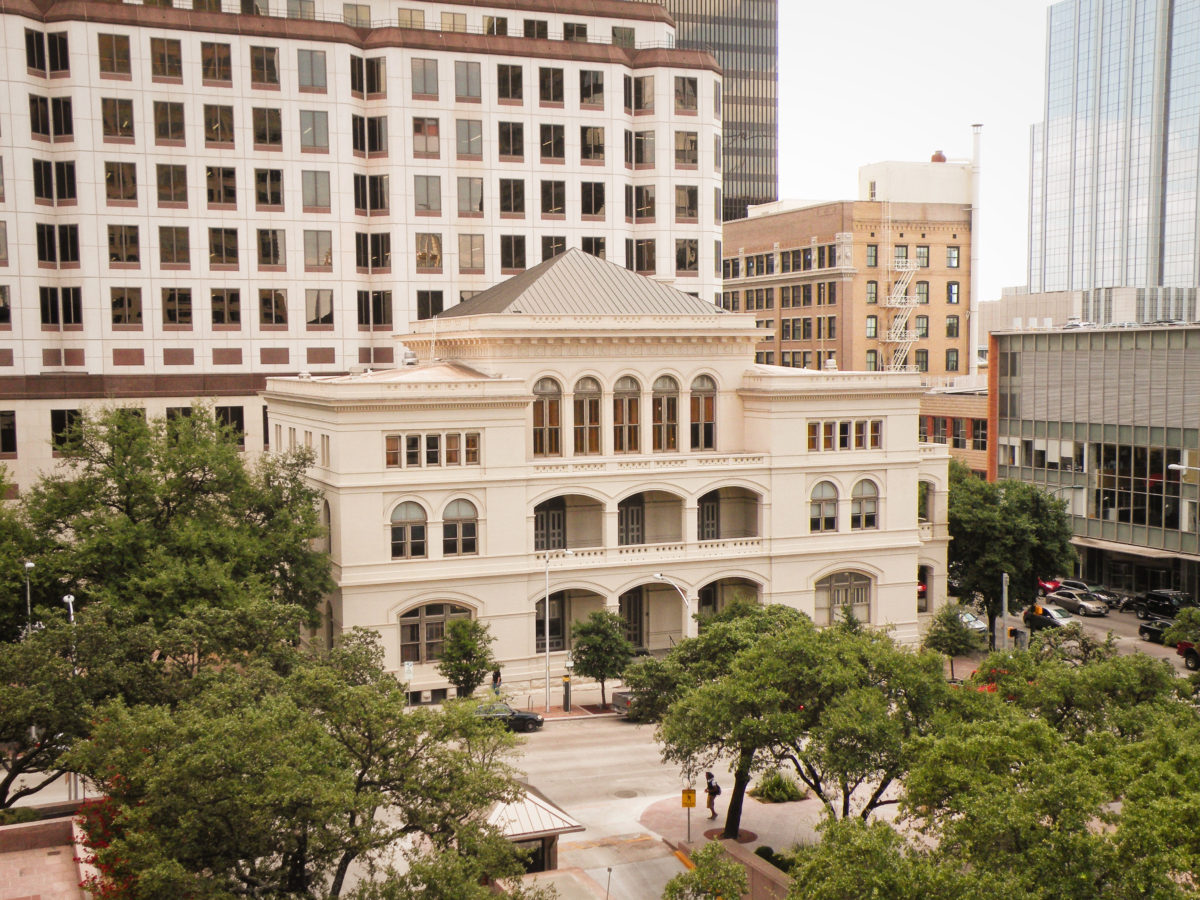 The Old Post Office and Federal Building, now known as O. Henry Hall, graces the corner of 6th and Colorado in the heart of downtown Austin. Its architecture was inspired by Italian Renaissance palaces like the Roman Villa Borghese and later designs exemplified by the Ecole des Beaux Arts, using simplified forms. The building was designed during Reconstruction by the prolific architect James G. Hill, of the federal Treasury Department. When restored by the University of Texas Systems Office in 1971 it was renamed O. Henry Hall, for William Sidney Porter.  Author of works such as “The Gift of the Magi’, Porter was tried for embezzlement at the Courthouse at the turn of the 20th century.   While the influences of style are likened to grand structures in Rome and New York, O. Henry Hall took on the simplicity of “Austin” style in architecture.

The building was acquired by Texas State University Systems in 2017 with the intent to restore it for their system offices.  O’Connell Architecture served as the Historic Preservation Consultant for the phased restoration of O. Henry Hall in association with The Lawrence Group, HMG Engineering, and WJE. Tere O’Connell performed a comprehensive window-by-window survey of the building to assist in planning the restoration of the wood windows, along with an evaluation of the exterior masonry.

The $6M project was completed in 2018 in record time to enable Texas State University Systems to move in to their new home.  The project received award recognition from Preservation Austin and Preservation Texas in 2018 for the restoration of this notable downtown landmark.