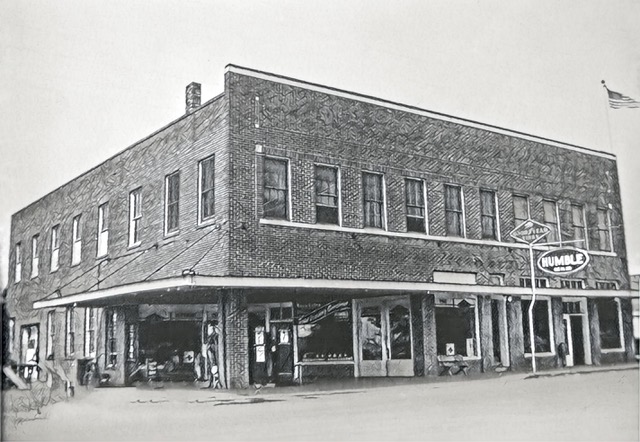 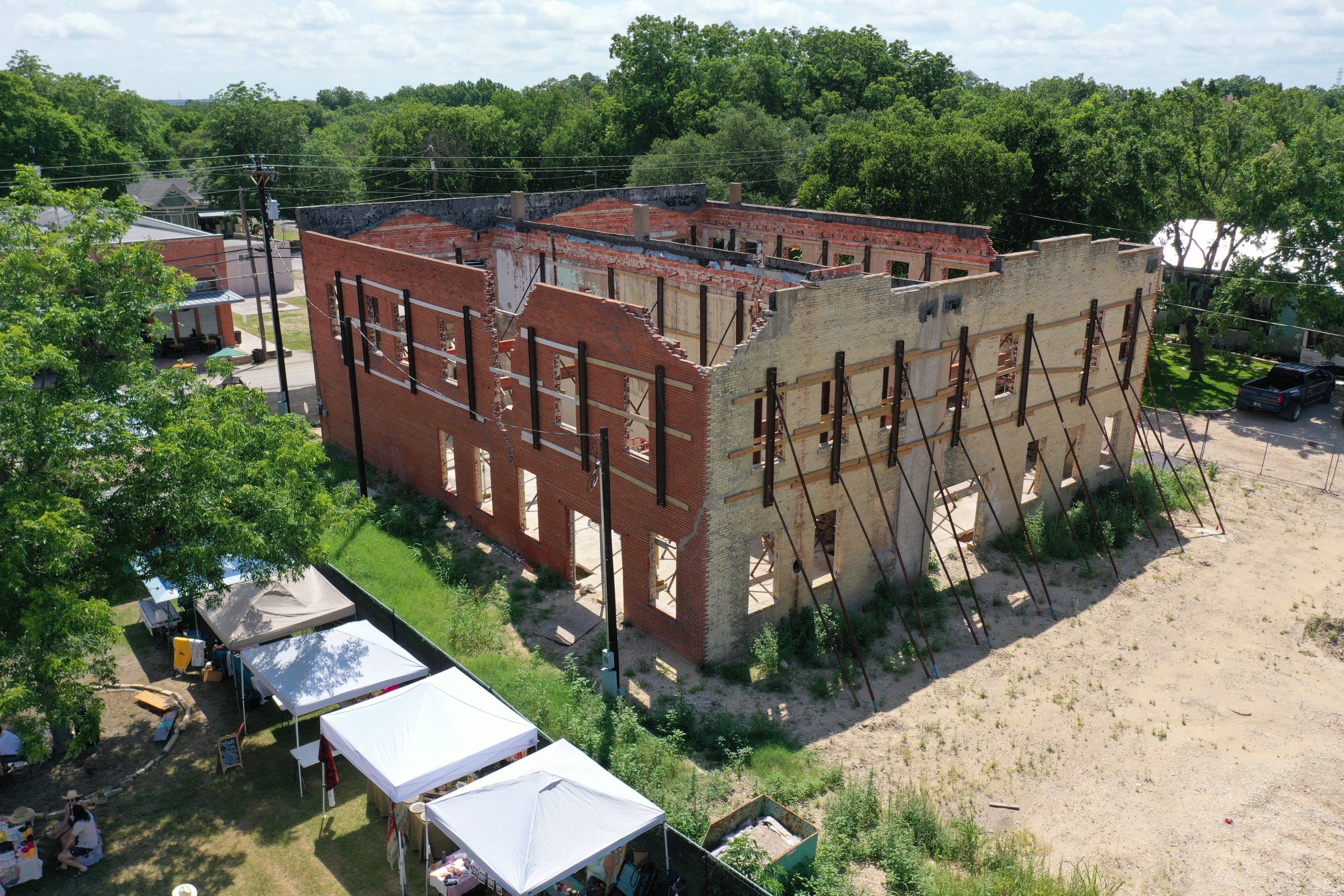 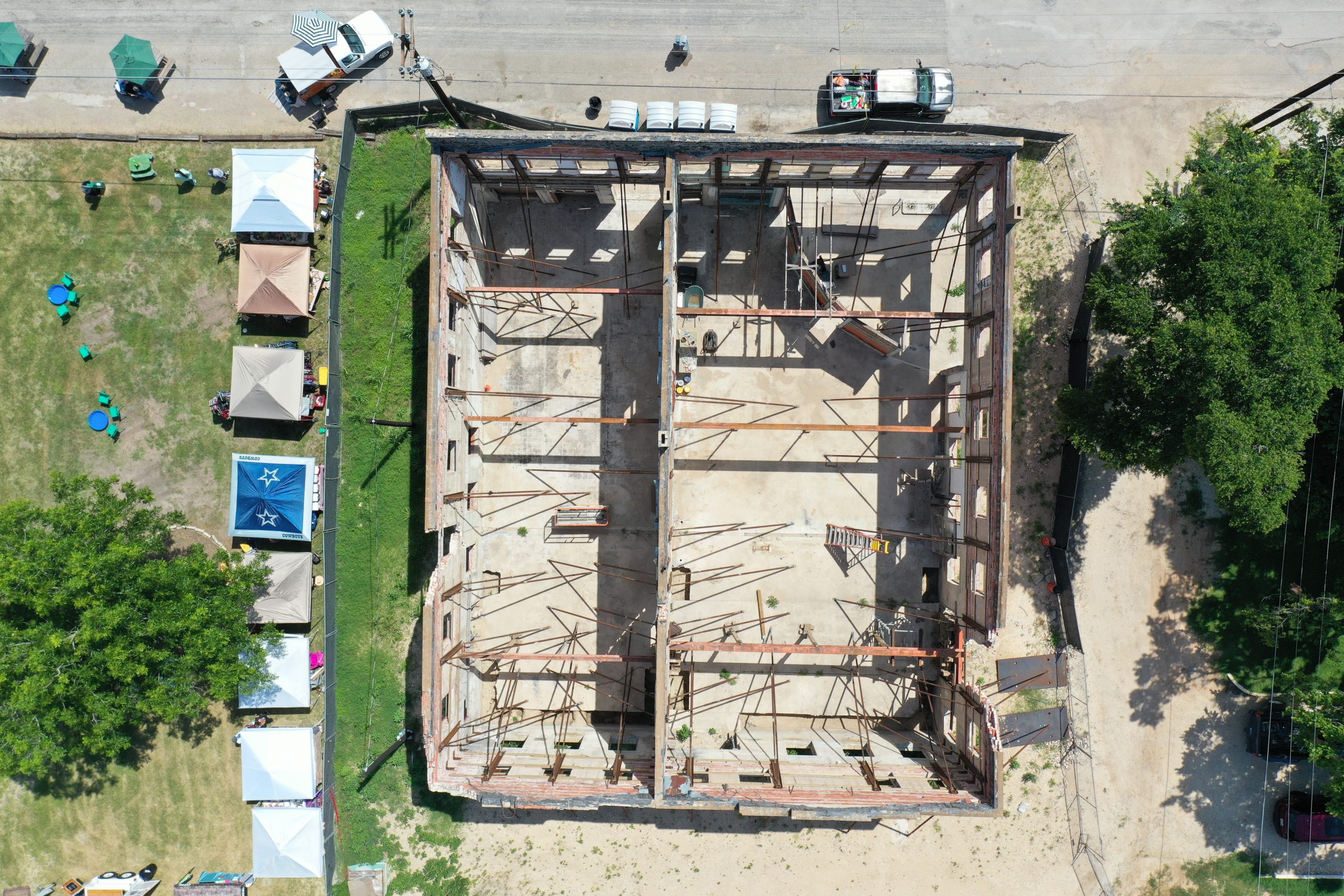 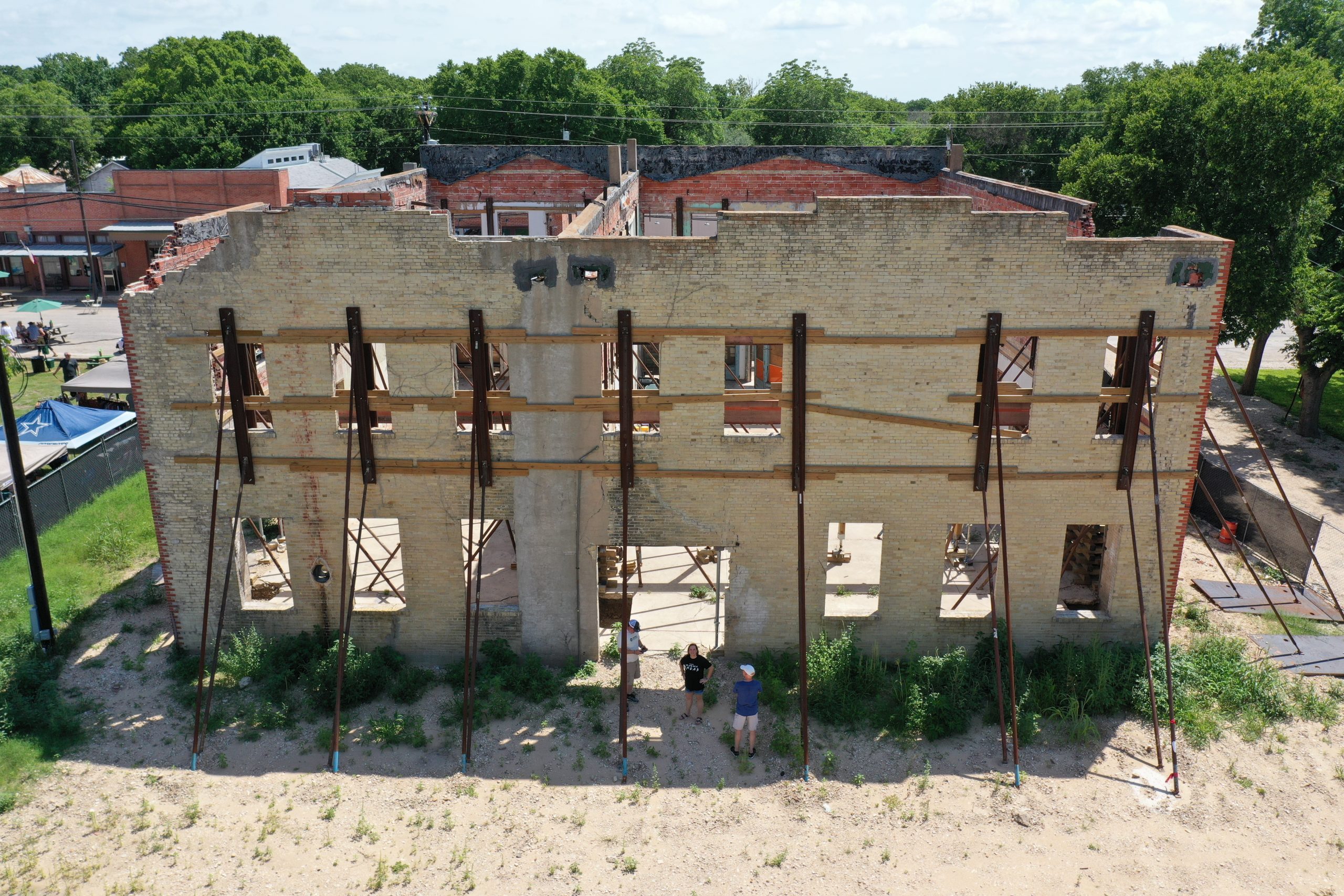 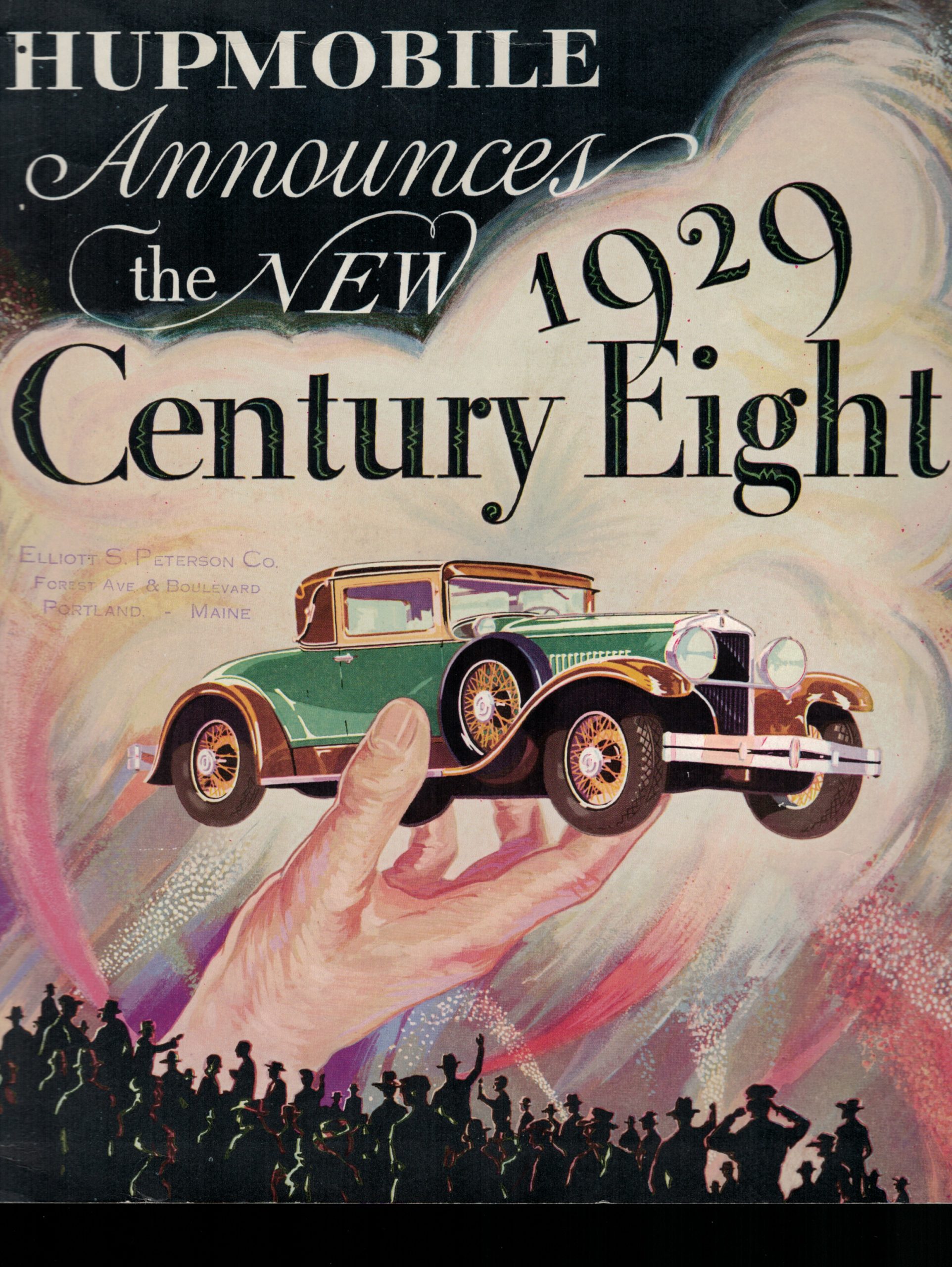 The Martindale Motor Corporation building was constructed in 1924 and is a remarkable example of an early automobile-related structure in a rural, agricultural area. When constructed, it enclosed an earlier building that reportedly housed the U.S. Post Office for many years. It is the only two-story building on Main Street. The ground floor service station sold Ford and Hupmobile cars and offered gasoline. This company operated until profitability issues forced the company to close in 1938. The building was purchased in 1973 and remained in the same family for the next 40 years. The next owner removed the roof in an initial attempt to renovate the building, but abandoned the work, leaving the building vulnerable and exposed to the elements for several years. In 2017, the city council began the process to condemn the building. The current owners purchased the building in December of 2019 with the intent to restore this last remaining deteriorated building in downtown Martindale.

The new owners are leading an effort to create a National Register Historic District along Martindale’s Main Street. O’Connell Architecture is developing plans that will qualify for state and federal tax incentives and restore the building to its former status as an anchor of Martindale’s commercial district. Work includes measuring and documenting the existing building, structural stabilization, replacing the missing roof, restoring original doors and windows, major masonry repair, and rebuilding the second floor.  The first floor will be built out for restaurant and retail use; five apartments will be created on the second floor. A new exterior stair at the rear of the property will provide secondary egress from the upstairs units.