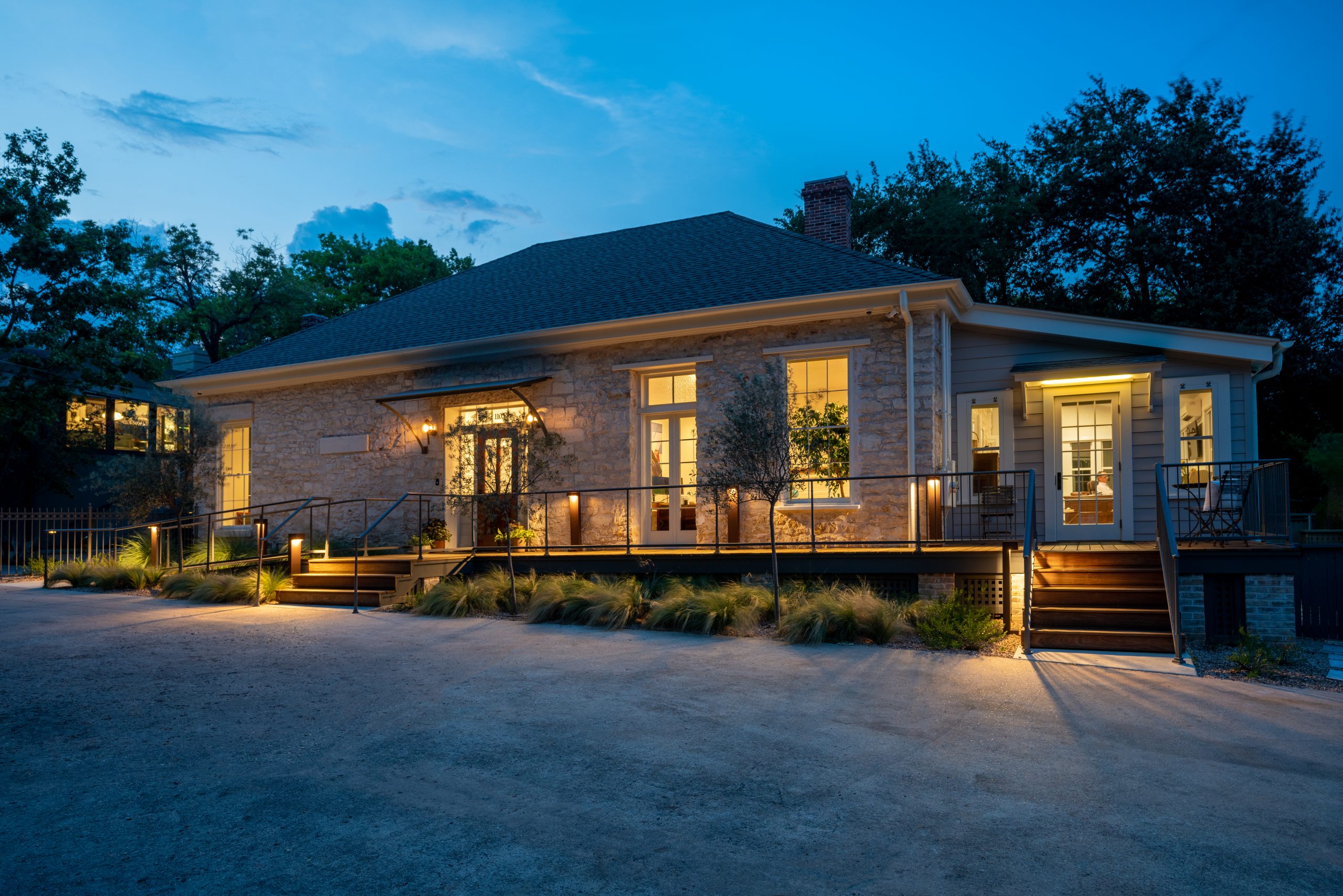 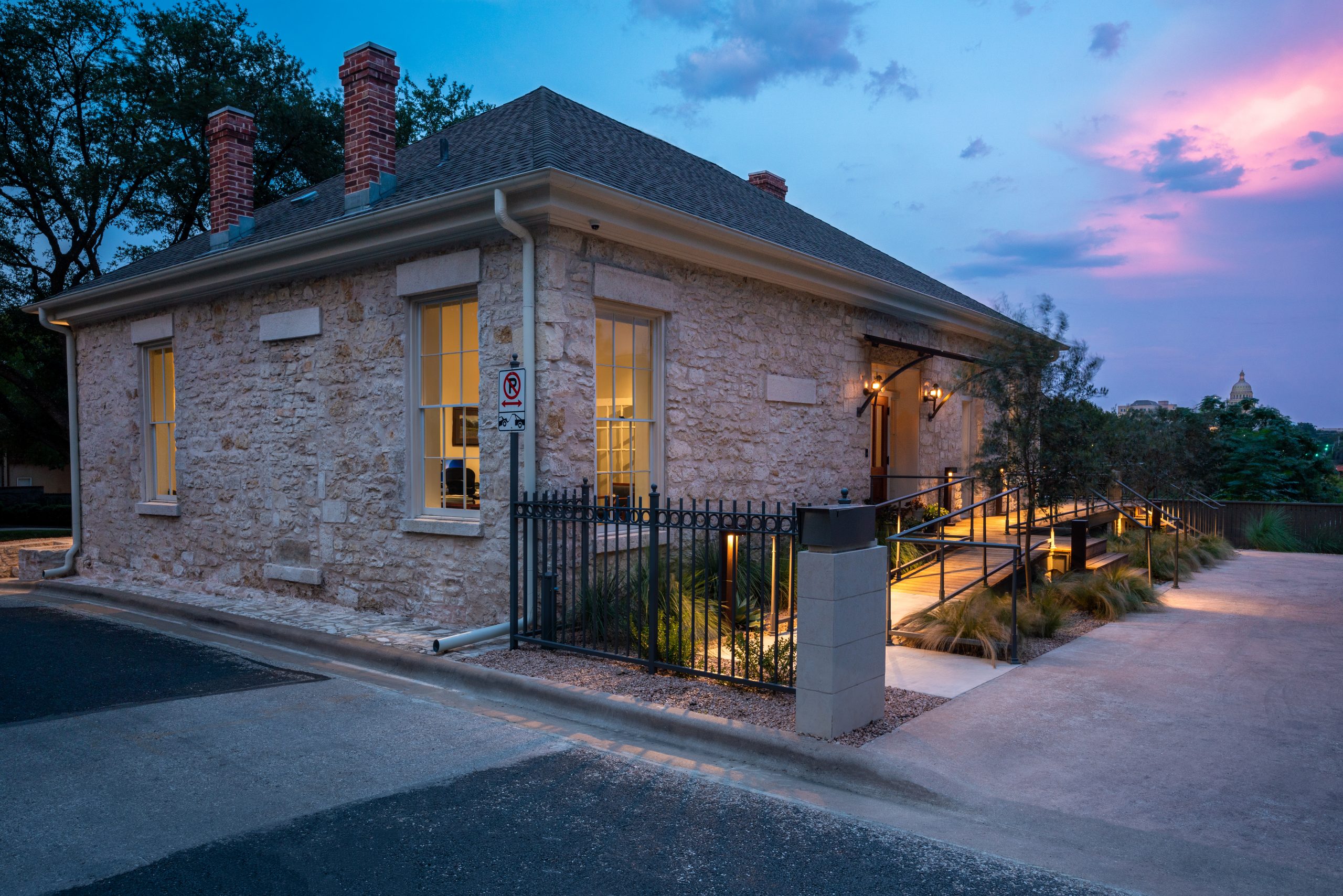 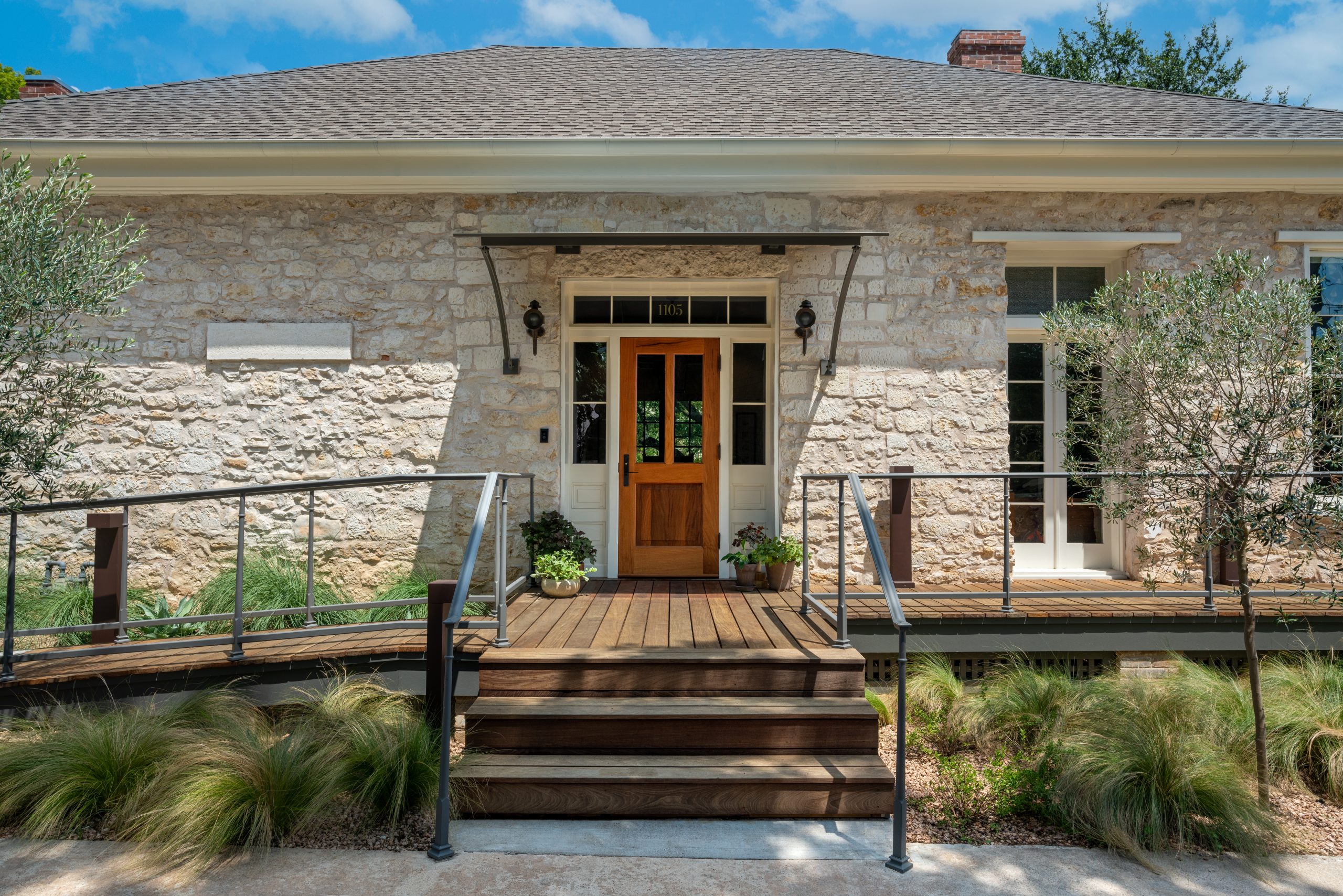 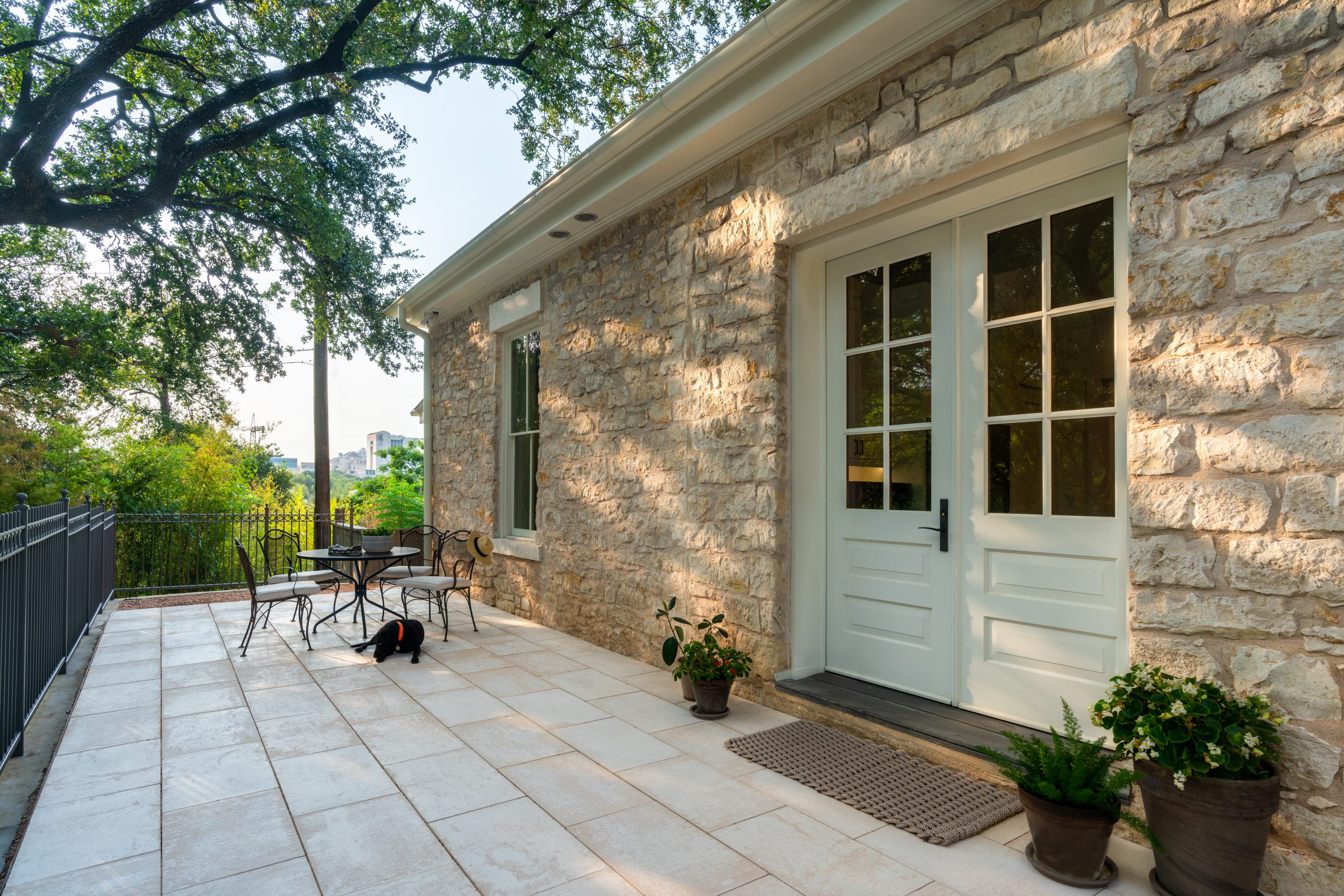 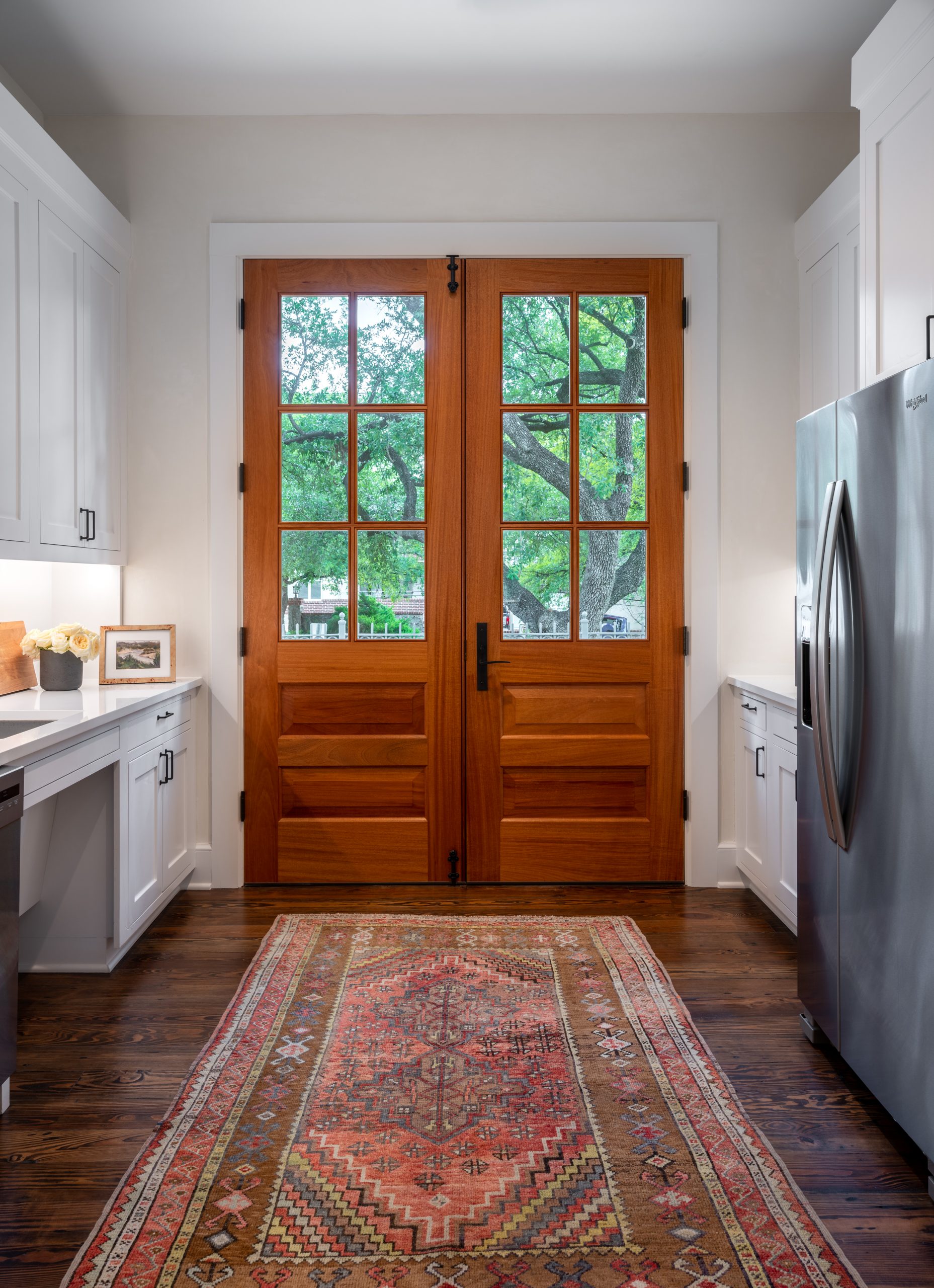 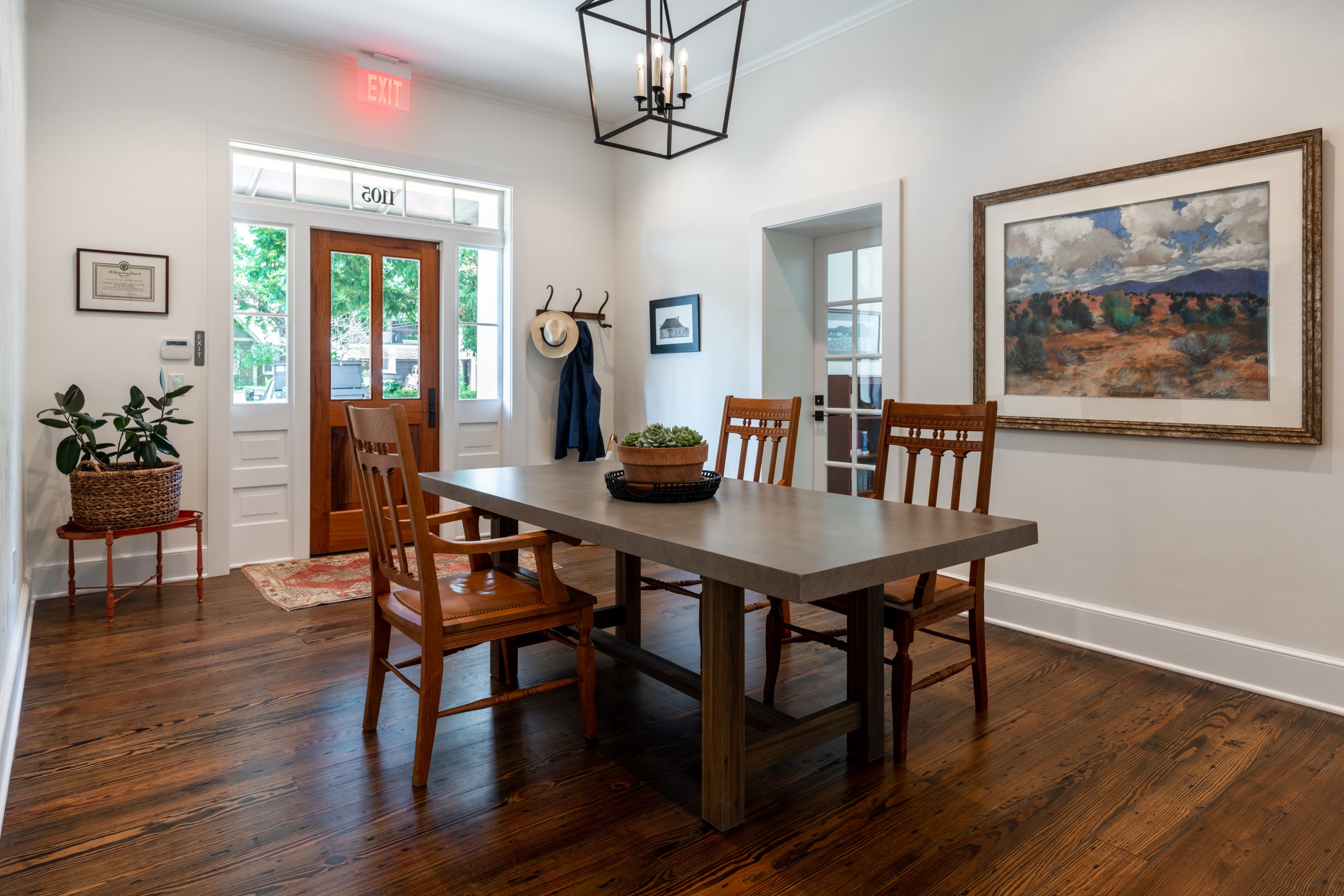 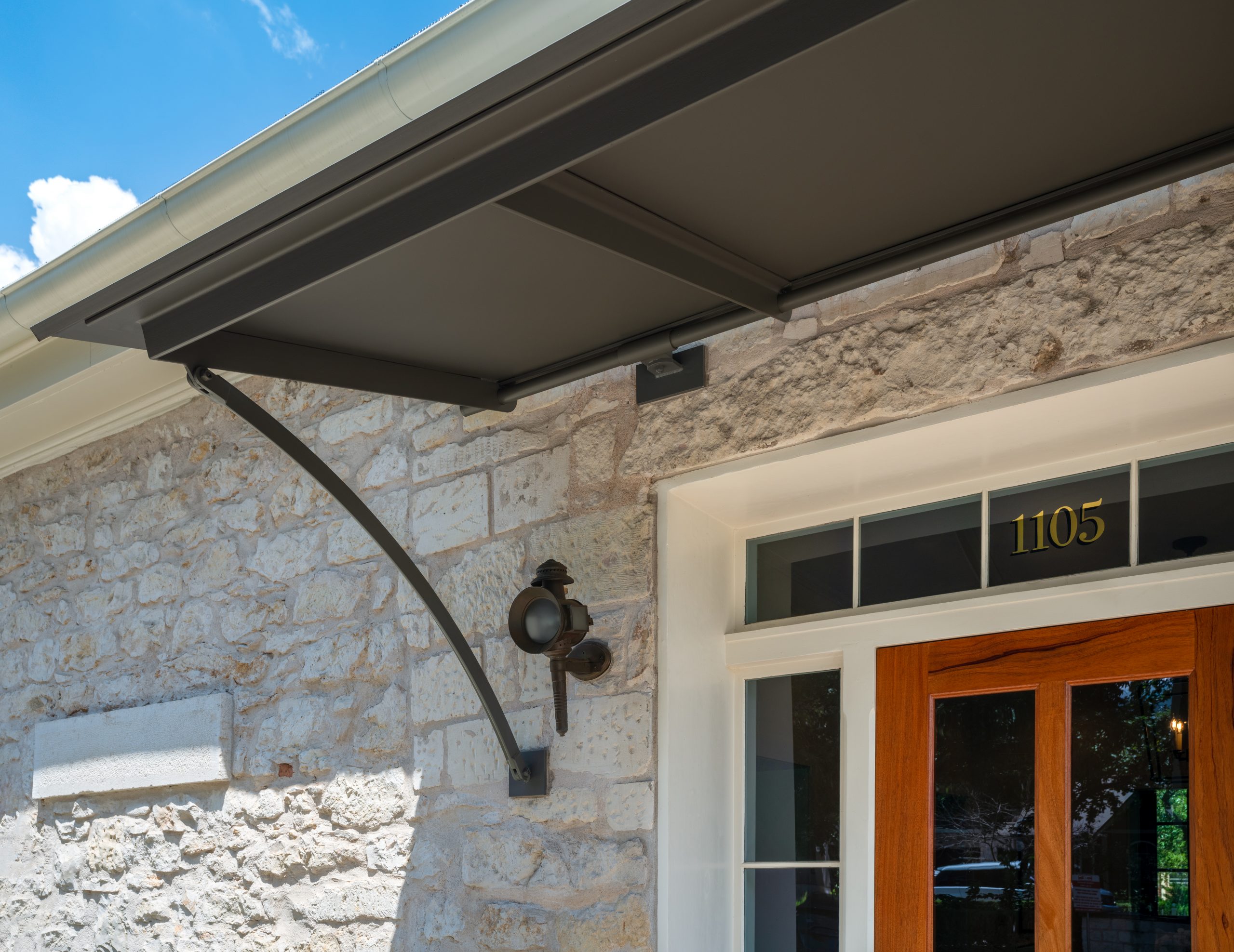 The Texas Military Institute (TMI), established in Bastrop in 1868, was the forerunner of Texas A&M University.  TMI moved to Austin in 1870 and was located on a 32-acre tract one mile west of downtown Austin.  The main building, now known as “The Castle”, still stands at 1111 W. 11th Street.  The Texas Military Institute Kitchen and Mess Hall is believed to be one of only two extant buildings that were part of the TMI campus.

Research from the 1970s suggests evidence the Kitchen and Mess Hall structure was built about 1873 and may have started as a three-room structure with two dining halls on the east side of the building and a kitchen on the west side, separated by a dog run.  The building stood approximately 200 yards north of the “Castle.” The interior was extensively remodeled between 1971-1973.

O’Connell Architecture worked with the current owners on this state and federal tax credit project. Work included restoration of the original doors and windows, reconstruction of transom windows, masonry repair, and the restoration and replacement of existing baseboards, crown molding, trim and beadboard.  A new ramp was added to the south entry and provides improved accessibility.

During the construction process, it was revealed the original wood floor joists were resting on grade and deteriorated due to ground exposure and termite infestation. OCA worked with Sparks Engineering and the THC on an innovative design for a new floor system to stabilize the building. Inside, all electrical and HVAC systems was replaced, and new fire and security systems were installed. The existing kitchen was replaced with an accessible restroom and small second restroom. A break room replaced the current equipment room.  The removal of paneling and ceramic tile revealed original plaster walls and fireplace openings, which were beautifully restored.