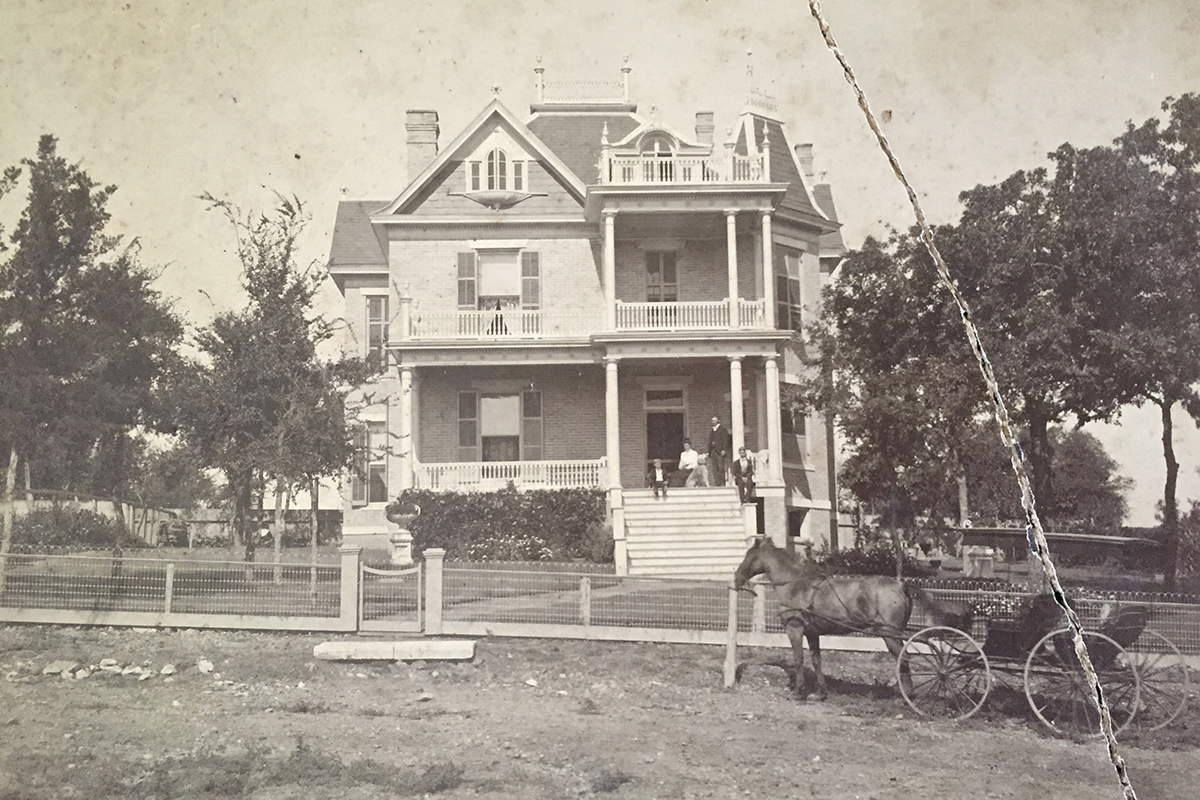 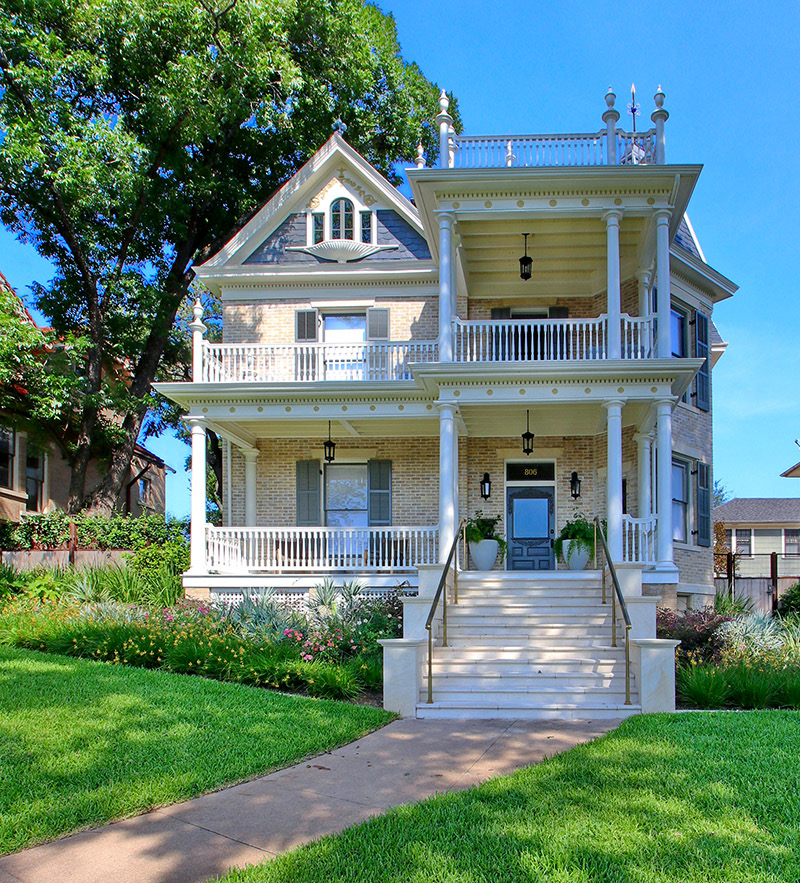 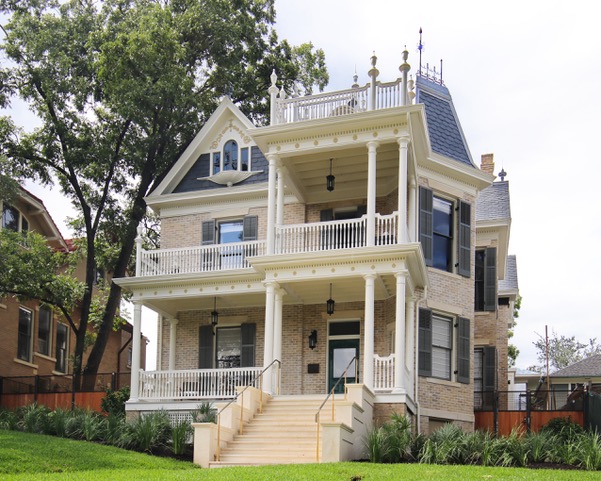 The Buaas House is a grand Victorian-era late Queen Anne home that sits on a bluff overlooking downtown Austin.  The home was built for John Otto and Alma Buaas in 1903. John entered the tinner’s trade upon graduation, then started his own business on Congress Avenue in 1884. That same year, he provided the first copper roof for the Texas Capitol and was later commissioned for its first replacement in the 1920s. A 1924 Austin Statesman article describes the stellar reputation of J.O. Buaas & Sons; “J.O. Buaas & Sons put the ‘tin’ in ‘Austin’.”

From 1903 until 1948, the property was a single-family residence. In 1948, William and Alice King purchased the home and began renting rooms, subsequently making numerous alterations to the building. Porches were infilled, and many architectural features were lost including the slate roof, widow’s walk, balcony railings, crestings, and finials. In 2015, restoration planning commenced with historic research and a condition assessment by O’Connell Architecture and the J. Pinnelli Company.  Historic photographs proved invaluable in the restoration, to inform and ensure accurate reconstruction of the missing historic elements.

Work began with the careful removal of non-original elements including the rear addition, asphalt shingle roof, skylight, window air conditioners, concrete stairs, metal handrails, porch infill, and many interior partitions, kitchens and baths. The home’s exterior brick veneer was removed to install a vapor barrier and wall insulation to improve thermal performance. When relaid, the brick was cleaned and pointed to match the original mortar. A new slate roof was installed to match the original pattern of squared and scalloped slate seen in the historic photographs. Other original elements including shutters, finials, cresting, molded ridge caps, and widows walk were reconstructed based upon historic photographs.  The proportions and detailing of the original wooden entry stair were recreated in limestone for improved durability and lower maintenance. Paint analysis completed early in the project facilitated a restoration of the original paint scheme of the house. The restored property continues to contribute to the historic character of the neighborhood and now stands proudly as one of its crown jewels.